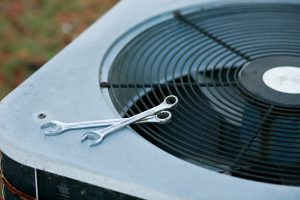 Spring is in full bloom, and chances are you’ve already run your air conditioner regularly this year. In a few weeks, you’ll need to run it every day to keep your home cool and comfortable. If there’s a problem with your system, now is the time to have it diagnosed and repaired, before the first real heat wave hits. Otherwise, you might experience an unexpected breakdown in the middle of the hottest day of summer, forcing you to scramble before your home turns into an oven.

Laymen should never attempt to diagnose a problem with their air conditioner, much less repair it. Doing so requires proper training and licensing: refrigerant and other components are dangerous without the proper handling. Nevertheless, you can still detect when something might be wrong with your air conditioner by looking for certain common symptoms that arise when a problem has developed.

Generally speaking, anything out of the ordinary in your air conditioner’s behavior is reason to suspect a problem. More specifically, look for any of the following symptoms (though this is far from a comprehensive list).

If you spot these signs or any other indication that your air conditioner is having problems doing its job, turn it off and call Collier’s Comfort right away. We perform air conditioning repair services throughout the Fort Wayne, IN area.